Are you ready for a year jam-packed with Austin fun, food and fests? Here's your 2016 guide to some of the city's top events. 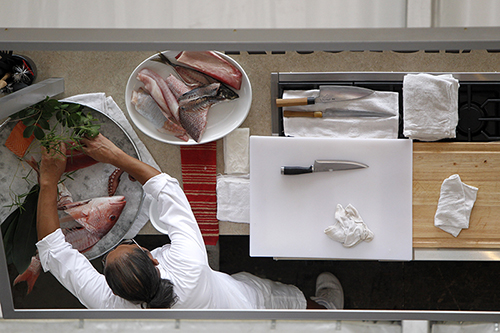 FEBRUARY
2/14/16
Austin Marathon & Half Marathon
Downtown Austin
Event speakers, live music from more than 40 local bands and a course that winds through Austin's most scenic neighborhoods make this popular 13.1 and 26.2-mile race a must.

2/27/16
Carnaval Brasileiro
Palmer Events Center
One of the biggest Brazilian Carnaval celebrations outside Brazil, Brasileiro-style samba, costumes and wild abandon can all be seen in the heart of Texas.

4/20/16-4/23/16
Moontower Comedy Festival
The Paramount Theatre and other locations
Some of the funniest, wittiest and oddest world-class comics from around the globe perform in Austin.

JUNE
6/2/16-6/5/16
X Games Austin
Circuit of The AmericasTM
A festival that highlights the intersection of sports and lifestyle, with more than 250 of the best action sports athletes competing.

6/25/16
Keep Austin Weird Fest & 5K
701 W. Riverside Dr.
Anything is possible at this Austin extravaganza! Run, skip or race through the streets of downtown Austin wearing the wackiest costume.

NOVEMBER
TBD
Sound on Sound Fest
Auditorium Shores
One of the most relaxed, creative and pioneering festivals in music today featuring underground and progressive musicians, comedians and more.

Susan is the director of content & digital marketing at Visit Austin. This native Houstonian and long-time Austinite has made Austin her own personal playground for 20+ years. Some of her favorite activities include people watching on any of Austin’s restaurant patios, enjoying a walk and breakfast taco on the greenbelt, and spending her paychecks at the many boutiques around town.